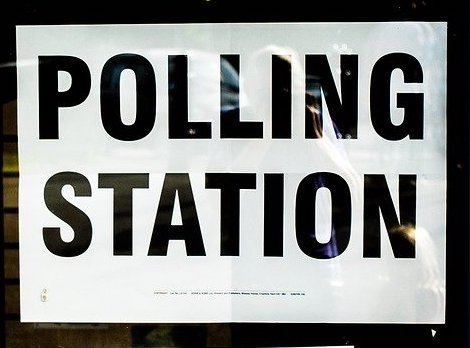 Voters in St Peter’s, Battenhall, Cherry Orchard and Red Hill will have five candidates to choose from in the General Election on Thursday, December 12.

The Conservative, Green, Labour and Liberal Democrat parties are each fielding candidates, while there is also an Independent candidate for the Worcester parliamentary constituency.

Here the candidates for Worcester outline their policies.

Worcester has been home to me and my family for 30 years.

I spent my working life in the NHS and I have been a city councillor since 2012.

I founded Worcester Dementia Action Alliance, have championed many environmental issues and improved disabled access in the city.

Over the last nine years, I have seen first-hand the impact of austerity on Worcester people.

It breaks my heart to see our nurses and doctors struggling to provide patients with the care that they need, our teachers trying to provide the best possible education in over-crowded classrooms and families struggling to make ends meet due to low wages and insecure work.

I believe our city deserves better.

A Labour Government would invest in our people and our communities.

We will rebuild our public services, stopping the sell-off of our NHS and making sure that our schools and hospitals get the funding they need.

We need someone that would stand up for working families in Worcester, introducing a Real Living Wage of £10 an hour immediately.

I want to be the first woman to represent Worcester in Parliament.

As your MP, I will speak up for people on the issues that matter to them.

I will continue to campaign for better bus services and an end to Universal Credit.

It is time for Real Change in Worcester.

I will be a strong local voice for Worcester in Westminster, standing up for the many,

I have always loved Worcester – it’s where I grew up and it keeps drawing me back.

I am standing for election because I am angry that Labour and Conservative administrations have not solved basic problems our city faces.

Short-termism and political stagnation mirrors the inertia in Westminster caused by two main parties moving to their extremes.

I stand for a different politics, to bring a brighter future to the city and opportunities for future generations.

I am committed to a progressive politics, sustainable business development and cross-party collaborations that protect our young, weak and vulnerable citizens, tackle the climate emergency by bringing investment into new green business and infrastructure that so many people are calling for and restoring our public services for the good of all.

Together we can change the way Worcester works – for good.

Conservatives are lying about Brexit getting done. Brexit has only just begun.

I want to remain because the best deal is the one we have.

No-one voted for years of negotiation, reduced family income, fewer doctors and nurses or for this Tory deal, which will impoverish the many and enrich the few.

If we win outright, we revoke. If not, we continue to call for a People’s Vote.

But this election is not just about Brexit. It’s about our nation and the people we want to be. You now know where I stand. Jo Swinson and I are abolishing business rates, which will immediately help to regenerate Worcester’s business base.

I was stood down as the Brexit Party candidate for Worcester along with all other candidates standing in Conservative-held seats.

Whilst there was no formal agreement with Boris Johnson, there was a clear basis for doing this.

Despite the Brexit Party's support for a clean-break Brexit, the compromise position was that a Boris Johnson-led government would negotiate a Canada-plus style free trade agreement with the EU and that the transition period would not be delayed beyond the end of 2020.

By standing as an Independent, I am giving the opportunity to Worcester electors who voted leave by a 54-46 margin in the 2016 referendum to vote for someone who actually believes in Brexit and will not frustrate the parliamentary process any further.

I am also someone who stands for affordable spending (eg NHS spending from savings from EU contributions) and not the eye-watering spending pledges that both Labour and Conservatives are making.

Labour spending plans would require another £0.6 trillion of debt, taking the country back to levels not seen since the early 60s, when we were paying off war debt.

It is immoral to load this debt on to future generations.

I moved to Worcester with my wife Katey and children Alaric and Bryony over 20 years ago and previously worked at Worcester Bosch as a senior engineering manager.

I now work full time as a city councillor for Battenhall ward and chair the influential cross-party policy and resources committee on the city council.

I recently backed a new walking and cycling river bridge in the north of the city.

My priorities are climate change, eliminating the need for Worcester’s foodbank, tackling rough sleeping, proper funding of schools and hospitals and changing the political culture by introducing a fairer voting system for all levels of government.

I will continue to fight for Battenhall residents’ interests in blocking inappropriate new development on the green fields surrounding our area.

More houses at the edge of the city mean more car journeys, congestion and even worse air quality.

We need more homes built but instead of urban sprawl I favour high-density housing in the city centre, bringing empty homes back into use, building on brownfield sites and more flats above shops on the high street.

The Green Party is firmly established as Worcester’s third party, the only party able to challenge both Labour and the Conservatives on the city council. We hold the balance of power on Worcester City Council and favour working cooperatively and responsibly to help run the council in the best interests of local residents.

If you value cooperation, grown-up politics and independent thinking please consider voting for me.

I am proud of all that has been achieved in Worcester over the last nine years – the new Parkway station, unemployment halved, apprentice numbers doubled, the smart new parks and play areas for Battenhall and St Peter’s, the dualling of the Southern link, key steps forwards on fairer funding for our schools and the £30 million secured for our hospitals.

St Peter’s residents know that I will fight to protect vital green spaces such as Middle Battenhall Farm and defend the special character of the area.

I’m pleased that local schools including Blessed’s are seeing a further step up in funding and have new facilities for science.

I will keep campaigning on such local priorities and more school places as well as the major upgrade to A&E that our hospital needs.

I am also aware that Parliament failed to deliver for people in Worcester over three years on one big thing that the city supported – getting Brexit done and delivering on the referendum result.

I respect what voters say and I know that a clear majority in Worcester voted to leave.

I have voted to deliver on that at every opportunity but I’ve also consistently worked for and supported a deal.

Leaving with a deal can bring remain and leave voters back together again, respect the referendum result and support our economy.

We need a decisive result in this election to achieve that and, if re-elected, I will continue to keep my promises to Worcester voters.

SWorcesterVoice Other #worcestershire parishes have been urged to follow #whittingtonparishcouncil's lead in an awards scheme. See… https://t.co/V4CYZWmN1c
15 hours, 29 minutes ago

SWorcesterVoice #worcetershirecountycouncil is looking at ways of helping #businesses open their doors again to get the #economy mo… https://t.co/lK6Xji0wOm
4 days, 15 hours ago