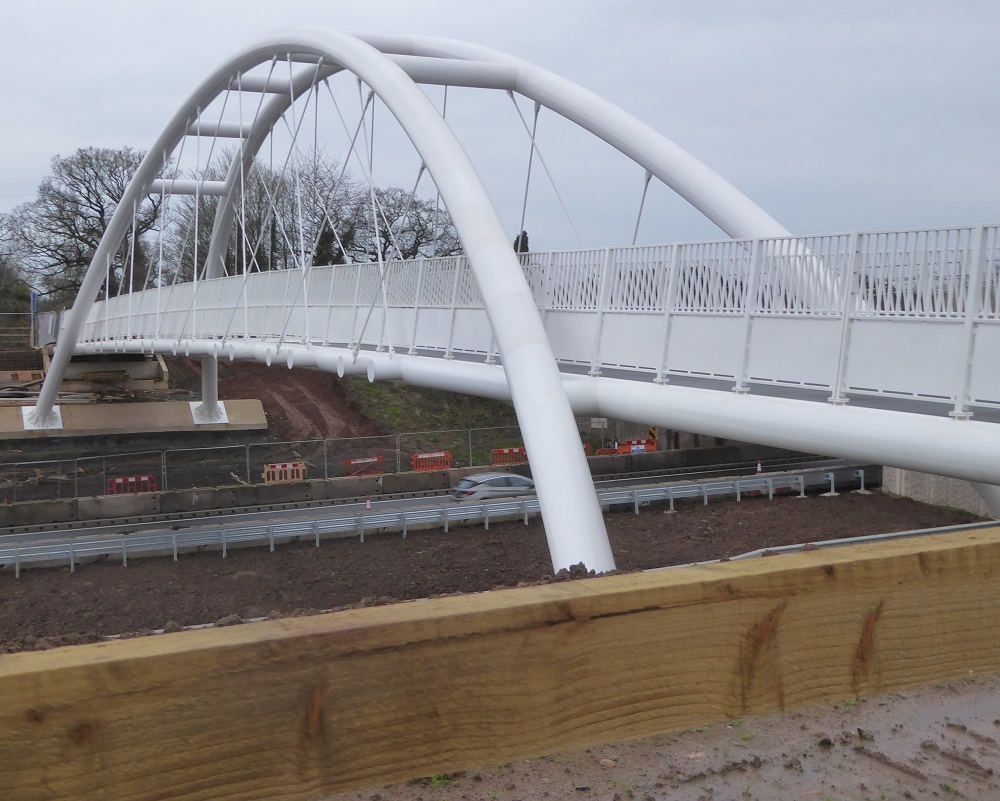 The Crookbarrow Way Footbridge ramps on the edge of St Peter’s will be closed from Monday, August 3 for up to two weeks for work on the parapet fence and handrails to be completed.

The work will be carried out during normal working hours and advanced notice signage will be displayed.

Barring any unforeseen circumstances, the ramps and steps will be fully open after the completion of the work.

That includes painting some small sections of steelwork and re-tensioning the bridge hangers, which is a standard procedure once a bridge of that kind has “settled”.

Engineers will take advantage of the closure to carry out other works on Crookbarrow Way that would otherwise require a closure or lane restrictions, for example, landscaping.

Some of the work on the bridge will take place at night and will require floodlighting.

Although the work is not expected to be noisy, letters will be delivered to immediate neighbours as a courtesy.

There might be some periods of inactivity during the closures while, for example, paint cures but workers will try to be as efficient with the time as possible.

A diversion for the road closure will be signed via London Road/Bath Road. High-sided vehicles have an alternative route.

Advanced warning signs will be displayed on site.

If the road and or bridge can be closed slightly later on the Friday and/or opened earlier than the Monday morning, they will be.

A closure has been booked for the following weekend as contingency in case adverse weather prevents the work being completed as planned.

SWorcesterVoice #stpetersbaptistchurchworcester is offering help to residents who need it during the second #coronavirus #lockdown.… https://t.co/RjNH9oZYSX
2 months, 1 week ago

SWorcesterVoice #worcester resident Edward Murphy captured on video the moment two huge steel girders arrived in the city for the… https://t.co/7GKqUPfXMU
3 months ago

SWorcesterVoice The new #hamswayworcester footbridge is due to be lifted into position over the #A4440 #southernlinkroad. See… https://t.co/g4knXA8022
4 months, 2 weeks ago

SWorcesterVoice A clear-up operation got under way this morning to remove refuse from #grasshopperpark in #stpetersworcester follow… https://t.co/eb5LQS5tYh
4 months, 3 weeks ago

SWorcesterVoice #travellers who had camped on #grasshopperpark in #stpetersworcester have left the site after spending five days th… https://t.co/r9HppsFKbO
4 months, 3 weeks ago