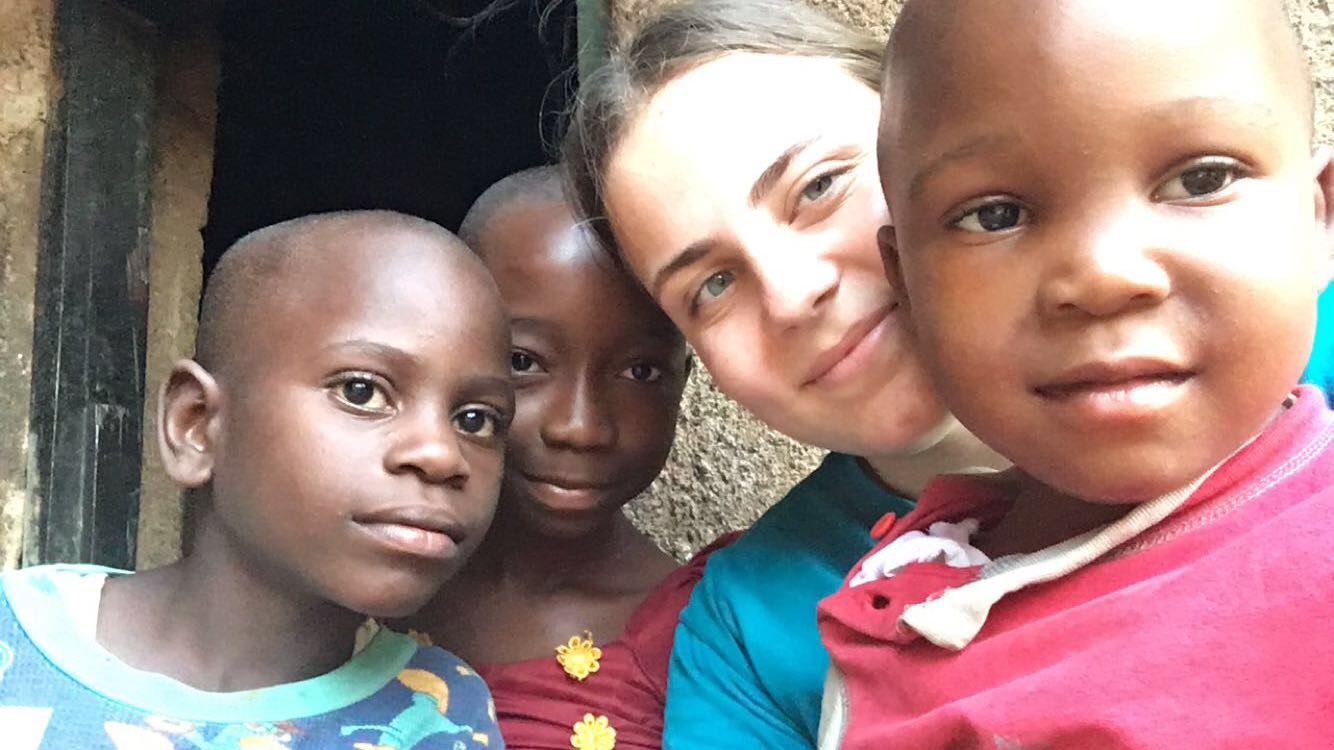 Holly Cooper visited the African country on a Raleigh International expedition, raising the money to self-finance her trip.

She was among a group of volunteers drawn from different countries to build a toilet block and teach the residents of the village of Mlanga about hygiene.

“I was so excited,” she explained, “I was never nervous to go because I knew I wanted to do it, so was just excited.”

After flying to Dar es Salaam, her group was bussed to the village where they would remain for three weeks.

Together with two other women volunteers, from Boston in the United States and Sweden, she stayed in the home of a woman in the village of 1,200 people.

Their days consisted of constructing the toilet block as well as teaching schoolchildren good hygiene habits, such as washing their hands.

“It’s something they teach them in the schools already,” said Holly. “In our lessons we were asking them ‘should we wash our hands?’.”

She added: “Some of the elders were a bit more difficult to convince. They said ‘I never washed my hands but I’m still alive’.”

The focus was put on the younger villagers, Holly explained: “The kids are the ones who are going to grow up and teach the message to the next people. They get it into their head that it’s a good idea.”

The volunteers’ construction work involved digging a 12ft pit and making 1,100 bricks, which they used to build the toilet block.

When it was completed they painted the building and added a mural about food preparation and hygiene.

“They were all really excited that we had come and built them this toilet and that it’s a got a message,” said Holly, “It’s something they will like having in their village.”

During the final week of her trip Holly went trekking and on safari.

She explained: “The point of the trek was they call it mature resource management and we were trying to be helpful towards the environment, rather than a hindrance, planting trees rather than burning things for a fire.

“We walked 20 kilometres a day for two days.”

Speaking about her month-long experience she said: “I was pleased that I did it. I think it was more different there than I ever expected.”

She added: “Even now I think I should have done it for longer. I did it for four weeks but you can do it for seven or 10. I thought four weeks would be a long time but it wasn’t.”

She has a memento in the form of an oil painting on cloth given to her before she departed for home.

Following A-levels success at RGS Worcester this summer, Holly is going to Nottingham University to study medicine and hopes she might be able to return to Tanzania in the future when she has qualified as a doctor.