Kitchener brothers both start for Worcester Warriors against Northampton Saints 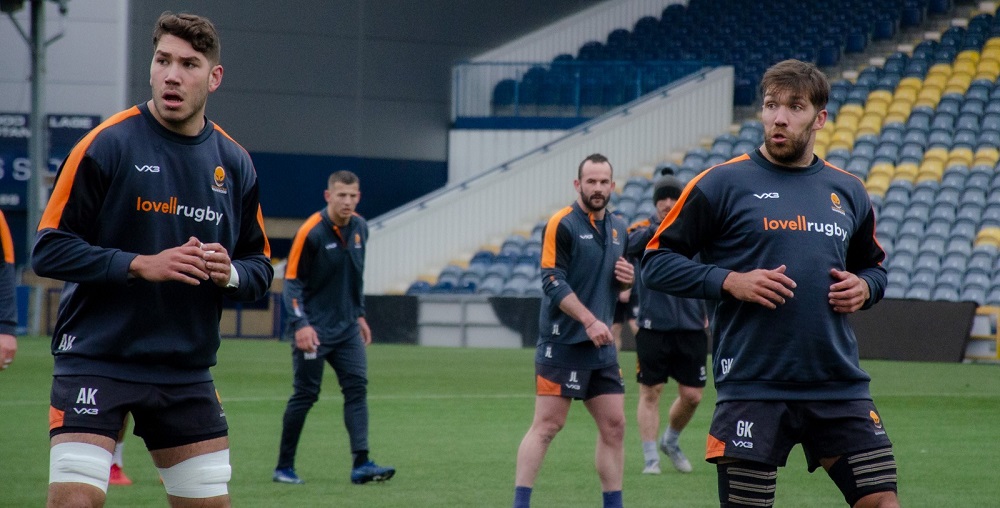 Brothers Graham and Andrew Kitchener will start together for the first time in a Gallagher Premiership match when Warriors host Northampton Saints at Sixways on Friday.

The brothers – both locks - were on opposing sides when Warriors faced Leicester Tigers in a Premiership Rugby Cup match in November, 2018 but have become team-mates since Graham, the elder brother, rejoined Warriors from Tigers last summer.

The Kitcheners played together for the first time in a Premiership Rugby Cup match against Exeter Chiefs in October and they have played parts of Warriors’ last two Premiership matches alongside each other in the second row after Andrew replaced Anton Bresler.

Bresler failed a head injury assessment at Leicester last Saturday and will miss the Northampton match but Graham, who also took a knock to the head at Welford Road, has come through the concussion protocols.

Sam Lewis starts on the openside flank as Marco Mama suffered a foot injury against Leicester and he has been ruled out for around five weeks.

There are two changes in the backs with former England international Chris Pennell recalled at full-back and Jono Lance at fly-half in place of Duncan Weir, who has been named in Scotland’s squad for their last two Guinness Six Nations matches.

Dodd, who recently signed his first senior contract with Warriors, is one of three members of the Three Pears Warriors Academy in the squad to face Northampton along with wing Nick David and replacement loosehead prop Kai Owen.