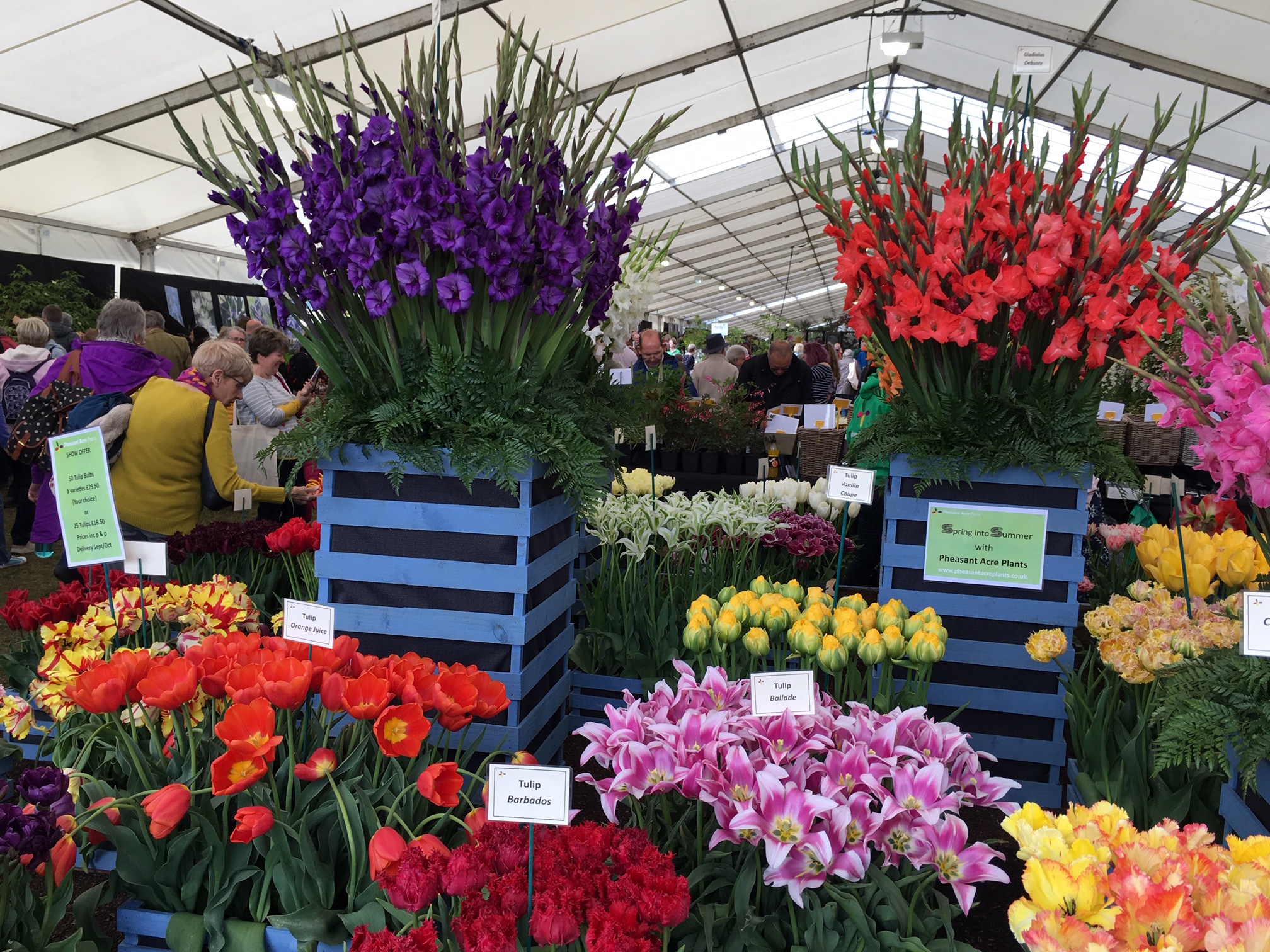 More than 100,000 people descended on the Three Counties Showground over four days to make this year’s RHS Malvern Spring Festival a record breaker.

Around 102,000 people passed through the gates during the event – the highest attendance at the festival, which ended in sunshine on Sunday after a wet start on Thursday.

There was even a successful wedding proposal.

Overall, more than 40 exhibitors were awarded top honours at the show, with 42 RHS Gold Medals and five highly-commended awards.

The RHS also awarded its first gold medal to a Ukrainian when judges gave the top accolade to Anna Galagan.

The festival’s Floral Marquee had the biggest success with over half the exhibitors taking home a gold medal.

The Great Pavilion of Arts and Flowers had the most romantic touch of the event, with a wedding proposal on Sunday afternoon.

Three Counties head of shows Diana Walton said: “We’re absolutely thrilled with how the festival has gone – every year it just keeps on growing.

“To see the enjoyment that everyone has had, from the visitors to the traders, the designers to the children, fills us with joy and excitement.

“I’m incredibly proud of our whole team, who have worked tirelessly to make the event the success that it has been and are already sowing the seeds for an amazing 2020.”

The Great Little Breaks Festival Theatre drew crowds for everything from floral art catwalk shows and floristry challenges to question and answer sessions with some of the country’s top horticultural experts.

The theatre was transformed into a beach-themed space thanks to 19 tonnes of sand and six tonnes of rock thanks to headline sponsors, Great Little Breaks.

The Royal Three Counties Show, (June 14-16) the Heart of England’s premiere celebration of the countryside and rural life, takes place from June 14 to 16.

SWorcesterVoice Other #worcestershire parishes have been urged to follow #whittingtonparishcouncil's lead in an awards scheme. See… https://t.co/V4CYZWmN1c
15 hours ago