New parish hall opening could be celebration for all villagers

Whittington residents could be invited to celebrate the opening of the parish’s new community hall following its completion during 2021.

The site might also feature a sculpture of the landmark Whittington Tump if an application for funding is successful.

Meanwhile, demolition of the previous village hall has taken place.

During a meeting of Whittington Parish Council vice-chairman Steve Brooker suggested the opening event as members discussed their budget for the coming financial year.

He said: “What I’d like to see in there is some funds for the community hall official opening.

“Personally I see it as a sort of obligation to parishioners who’ve had their precept put up to invite them to the official opening.

“We can discuss later how the event is run, whether it’s an all-day event or an evening event or whatever, but I would like to see not substantial funding but a good funding so we can put notes through parishioners’ doors inviting them along to the official opening and make it worth their while.” 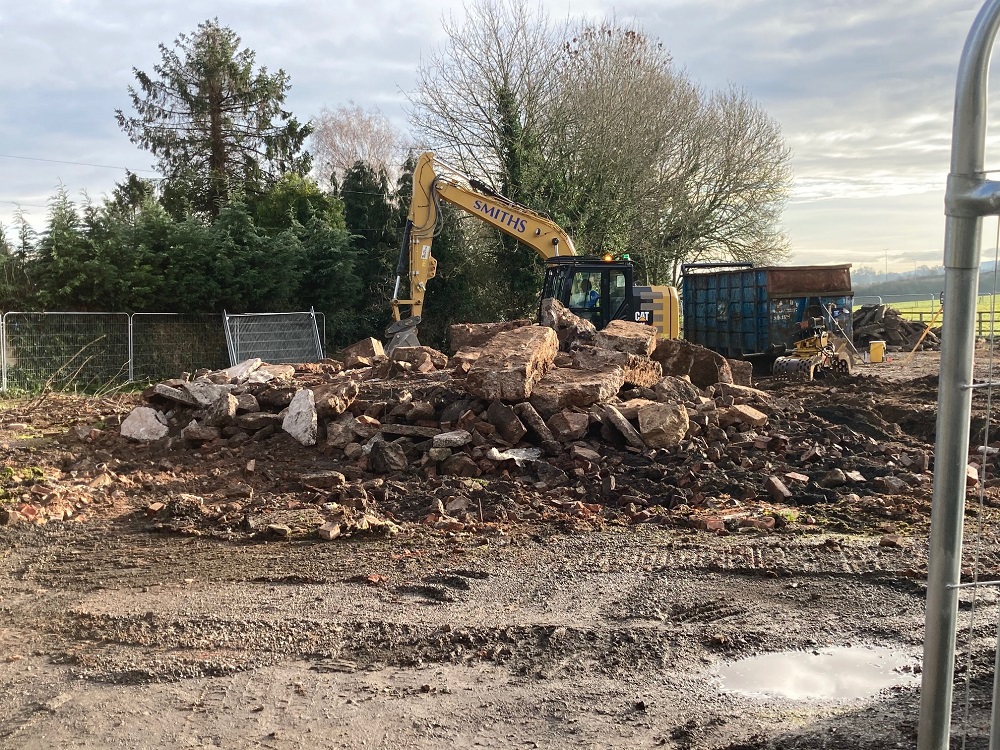 The parish council has already secured £59,601 of section 106 funding for the main build of the new community hall which will replace the previous village hall, which is being demolished to make way for it.

It is also seeking further funding of £15,011 for a community garden alongside the new hall and £1,275 for a piece of artwork.

Parish council clerk, David Hunter-Miller, told members there was a company that could produce a stainless steel silhouette of a tree, perhaps featuring Whittington Tump as the logo of the parish.

The parish council’s precept request has been raised from £23,200 to £33,700 to allow for repayment of a £420,000  public works loan which has been taken out to enable the new community hall to be built in line with consultation with residents which took place earlier this year.

Do you have fond memories of the old village hall?  Let us know at southworcestervoice@gmail.com