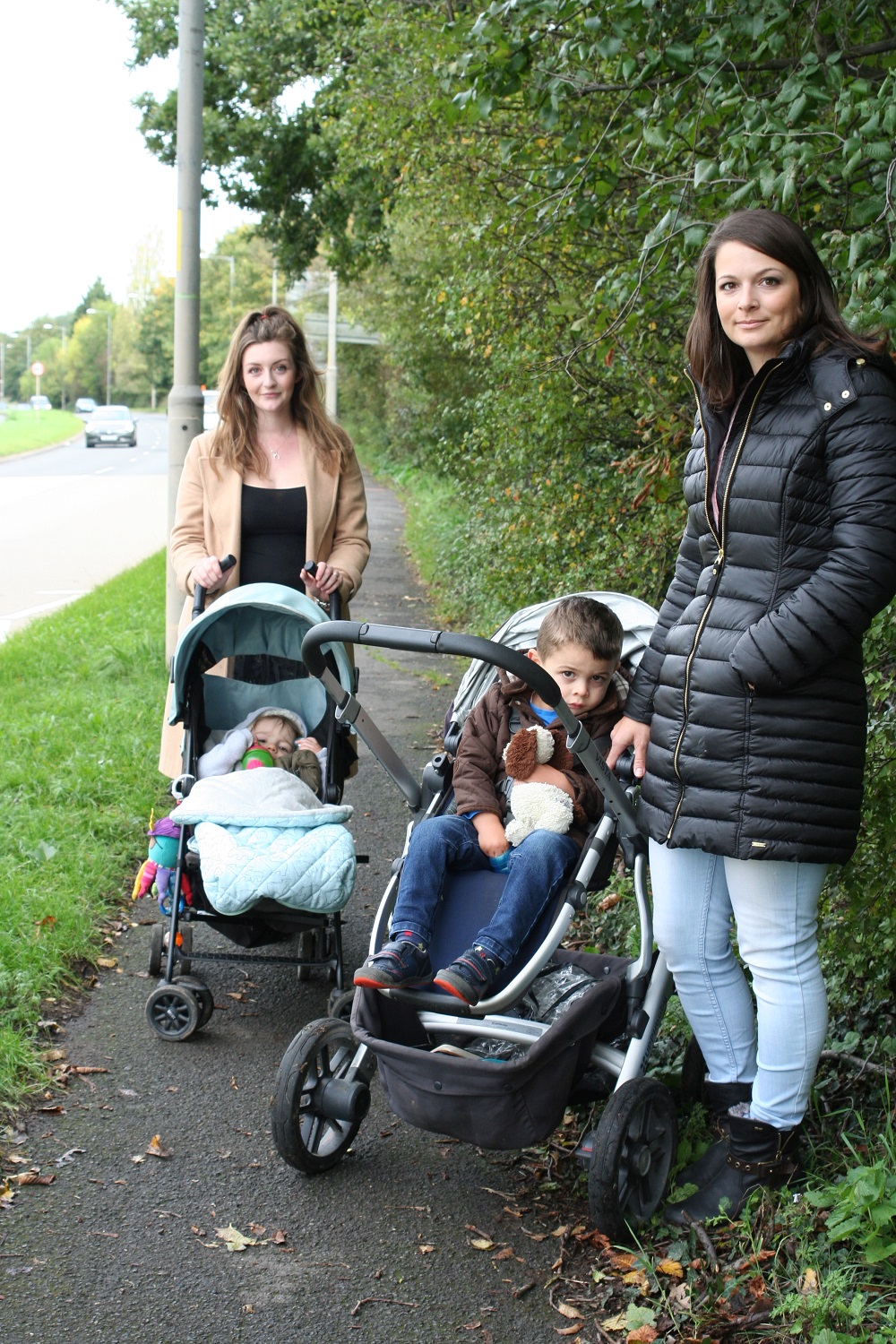 Parents fear their children are at risk as they walk them to school along a narrow, uneven, unprotected stretch of path next to the busy Whittington Road.

The pathway alongside has no barriers but is overgrown in places, meaning parents making their way to and from Whittington CofE Primary School sometimes have to step out on to the road if people are passing each other while going in opposite directions.

Worcestershire County Council has ruled out installing safety barriers but will look into digging out the overgrowth to alleviate the problem.

One mother who raised the issue with Whittington Parish Council was Hanne Thomas.

She said: “My main concern is actually with the footpath that runs along the side on the Whittington Road, along the dual carriageway, between the roundabout at the New College end and the cut-through to the village towards the Whittington roundabout.

“It's currently very thin, in places uneven and overhung by trees and bushes, with a narrow and uneven grass verge between the path and the dual carriageway.

“It is an extremely busy road, which has a 40mph limit which is regularly exceeded, in my opinion.

“The footpath itself is well used by those taking children to and from the school and pre-school in the village and is the only footpath that links the village to the Nunnery side.

“In addition to this, the current path is used by pedestrians, cyclists and those on scooters.”

She added: “I worry that children could so easily fall into the road, given that you quite regularly have to pass others going in the opposite direction, by walking along the grass verge, even closer to the dangerous road.

“Added to this, cars could so easily mount the kerb in an accident.

“The barriers that are currently towards the New College end have big dents in places, which shows that there is very clearly a need for them.”

She went on: “I have two children, ages two and four, and I am unable to comfortably hold hands with both of them without making one walk on the narrow verge, which is not safe, therefore my two-year-old grudgingly has to sit in the pushchair and I awkwardly push with one hand whilst dragging my four-year-old behind me with the other.

“I am not the only parent with these concerns.”

She added: “I am not personally aware of any accidents involving pedestrians myself.

“However, I and other parents worry that it is only a matter of time, given the condition of the footpath.”

She believed widening the footpath would help. 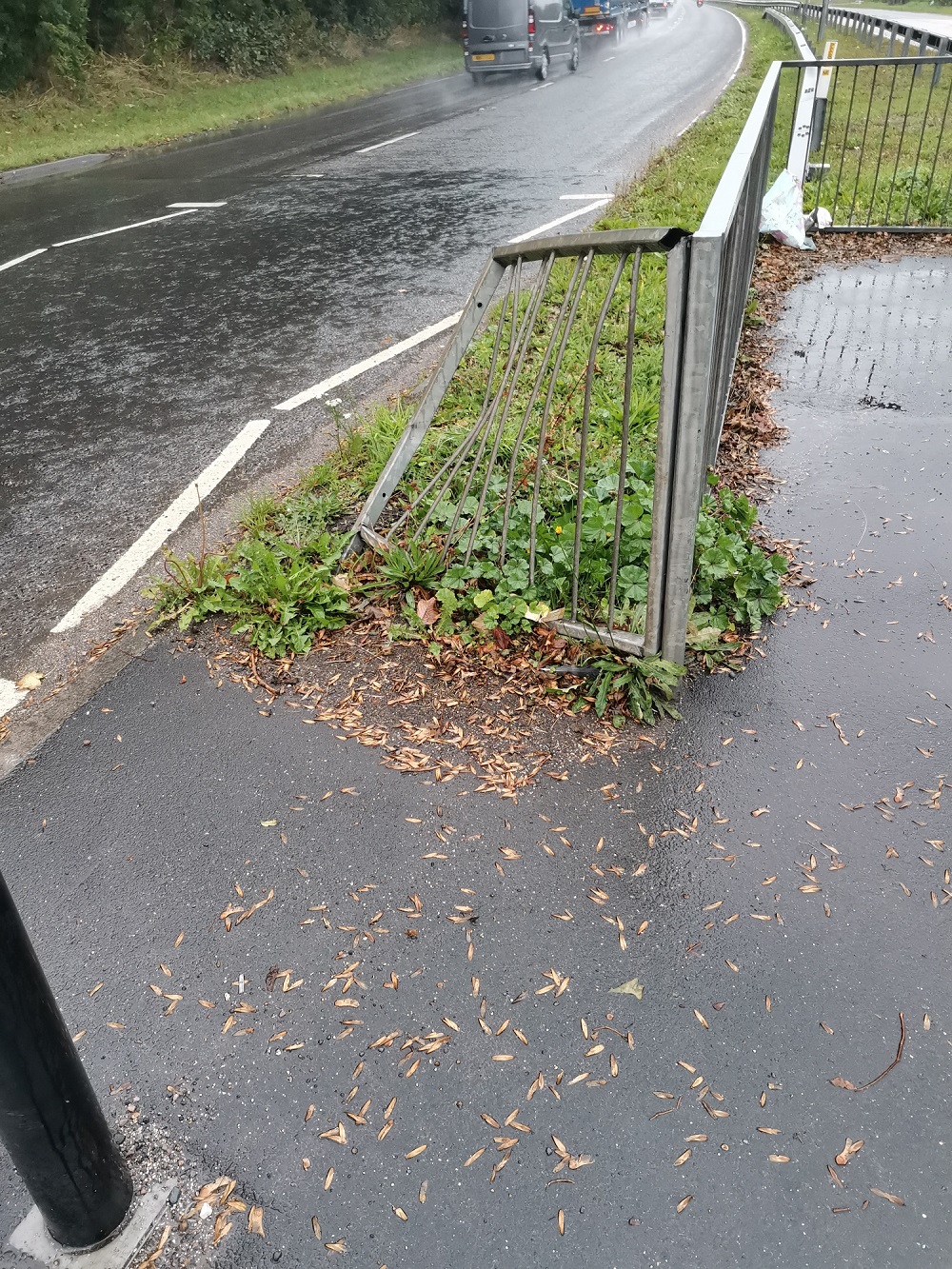 Her request for crash barriers was rejected.

Following the site meeting she received an email saying: “Unfortunately the information that you have provided does not meet the delivery criteria for this type of infrastructure.”

Mr Barnes told her that the type of barriers that are next to the crossings would not protect a pedestrian from a car going at 40mph and could actually be more dangerous if hit because it could send debris off in different directions.

He added that he was working towards getting the footpaths hopefully dug out at the sides and would look at the condition of the path at the Swinesherd Way end to see if any of it needed relaying.

It would take time, however, and would not happen immediately because it required lane closures and traffic management.

What do you think about the path? Let us know your views at southworcestervoice@gmail.com

SWorcesterVoice #stpetersbaptistchurchworcester is offering help to residents who need it during the second #coronavirus #lockdown.… https://t.co/RjNH9oZYSX
2 months, 1 week ago

SWorcesterVoice #worcester resident Edward Murphy captured on video the moment two huge steel girders arrived in the city for the… https://t.co/7GKqUPfXMU
3 months ago

SWorcesterVoice The new #hamswayworcester footbridge is due to be lifted into position over the #A4440 #southernlinkroad. See… https://t.co/g4knXA8022
4 months, 2 weeks ago

SWorcesterVoice A clear-up operation got under way this morning to remove refuse from #grasshopperpark in #stpetersworcester follow… https://t.co/eb5LQS5tYh
4 months, 3 weeks ago

SWorcesterVoice #travellers who had camped on #grasshopperpark in #stpetersworcester have left the site after spending five days th… https://t.co/r9HppsFKbO
4 months, 3 weeks ago