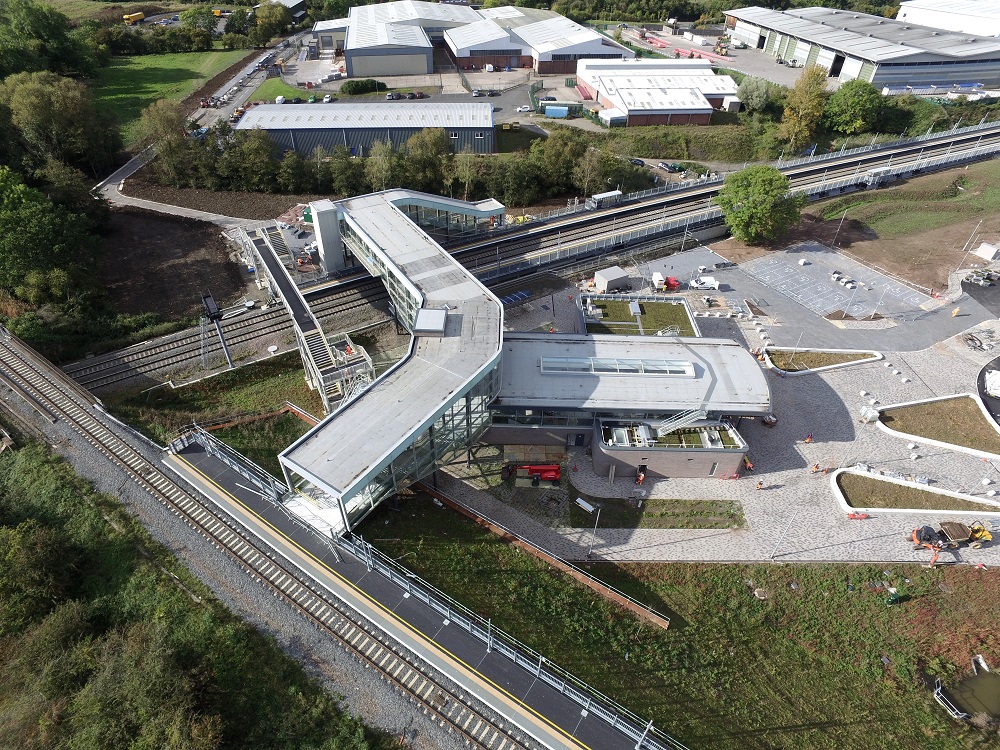 The new Worcestershire Parkway railway station at Norton has begun appearing on the timetables of train operators before official confirmation of its opening date.

The station has been named as a departure point and destination for journeys to places including Birmingham and Cheltenham by train companies GWR and CrossCountry from Sunday, December 15.

A spokesperson for Worcester-shire County Council explained that the train operators had just two opportunities during a year to flag up their intended services, with December being one of them, even if the trains had not yet started running.

The county council spokesperson said the necessary Entry into Service process stations had to go through before opening was “complex” and an operational opening date would only be announced once all stakeholders agreed that the process was complete.

The spokesperson added: “The train timetables changes are controlled by the Train Operating Companies, Network Rail, Department for Transport (DfT) and the Office of Rail and Road (ORR).

“Timetable changes can happen a maximum of twice a year – usually in May and December.

“In order for a brand new station to have a timetable for services to stop at it, it has to be listed in the release of the latest timetable - covering the next six months.

“This does not always mean trains will be stop at the station from that date, merely that the timetable includes the trains for Worcestershire Parkway, ready for when it does open.”

As St Peter’s Voice went to press there had been no confirmed opening date for Worcester Parkway.

Meanwhile, journey time by train from Worcester to London will be cut to under two hours with the introduction of GWR’s timetable, said the company.

GWR has announced its 6.43am train from Shrub Hill to London Paddington will take one hour, 57 minutes, with the 5.34pm back also taking under two hours.

It is claimed journey times from Worcestershire Parkway will be even faster when that opens.

Worcestershire has campaigned for several years for faster services between Worcester and the capital.

Two years ago, Worcestershire County Council launched its Rail Investment Strategy, with faster trains to London a major part of that plan.

Better connectivity for the county is seen as essential in growing the region’s economy and bringing investment and jobs to Worcestershire.

The faster London trains are expected to generate a further 420 jobs in the region.

The new CrossCountry Cardiff to Nottingham service will stop at Worcestershire Parkway,  the first time the service has stopped at a Worcester station for more than 30 years, further increasing connectivity.

Worcestershire Conservative county councillor Ken Pollock, Cabinet Member with Responsibility for Economy and Infrastructure, said: “I am delighted to see train links between Worcester and London will be under two hours, which will be a hugely important extra service for the residents of Worcestershire.

“The county’s economy is one of the fastest growing in the UK and the quicker trains will help us to continue to encourage more inward investment.”

The rail industry forecasts up to 97 per cent growth in passenger volumes on Worcestershire routes by 2043.

SWorcesterVoice Other #worcestershire parishes have been urged to follow #whittingtonparishcouncil's lead in an awards scheme. See… https://t.co/V4CYZWmN1c
15 hours, 7 minutes ago