A prospective shop for Norton Parish Hall would be likely to be self-service rather than staffed.

Detailed discussions about the shop are set to get under way during autumn but members of Norton-juxta-Kempsey Parish Council heard that it could be based on a model that has been successful in Herefordshire.

Parish council chairman Kevin Fincher said: “The local community already provide volunteers for the parish hall coffee shop, apiary and large events held at the hall and it was considered that it might prove difficult to attract enough new volunteers to staff a village shop.

“The vending idea has worked well in rural Hereford and other locations around the country, hence it was considered something that we could possibly make work in Norton.

“It is hoped that the vending set-up will offer local produce, including milk, fruit and vegetables, meat, etcetera.

“The parish hall project working group, a mix of parish councillors and trustees that have already delivered the new roof, solar energy and new meeting rooms, will conduct research on the various possibilities over the summer with a view to starting work on it in September, 2021.”

Customers would use their credit cards to buy items from a glass-fronted vending machine, likely to be based in a former meeting room.

Mr Fincher told his fellow parish councillors during their meeting that the Covid pandemic had affected the number of potential volunteers helping out with services at the parish hall, based in Littleworth.

What do think about a self-service shop in village?  Let us know your views at southworcestervoice@gmail.com

Charge your car at hall

Electric vehicle charging points have been installed at Norton Parish Hall as part of the “greening” of the way it is run.

As well as the introduction of the two charging points, solar panels have been installed on the roof of the hall, at Littleworth, which will enable the hall’s trustees to recoup energy costs and generate revenue by selling power back to the National Grid.

Meeting rooms at the hall have also been refurbished, with trustees looking to generate additional income from activities and events. 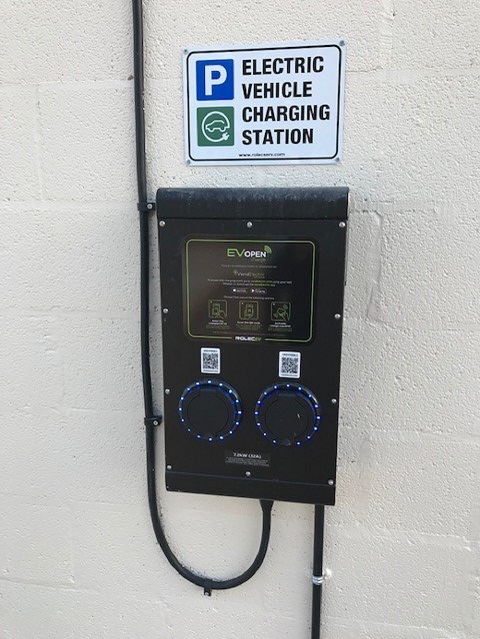 The chairman of Whittington Parish Council is keen to encourage residents of the parish’s new and growing estates to be part of a “cohesive” community that is not just about the long established village. .. Read More