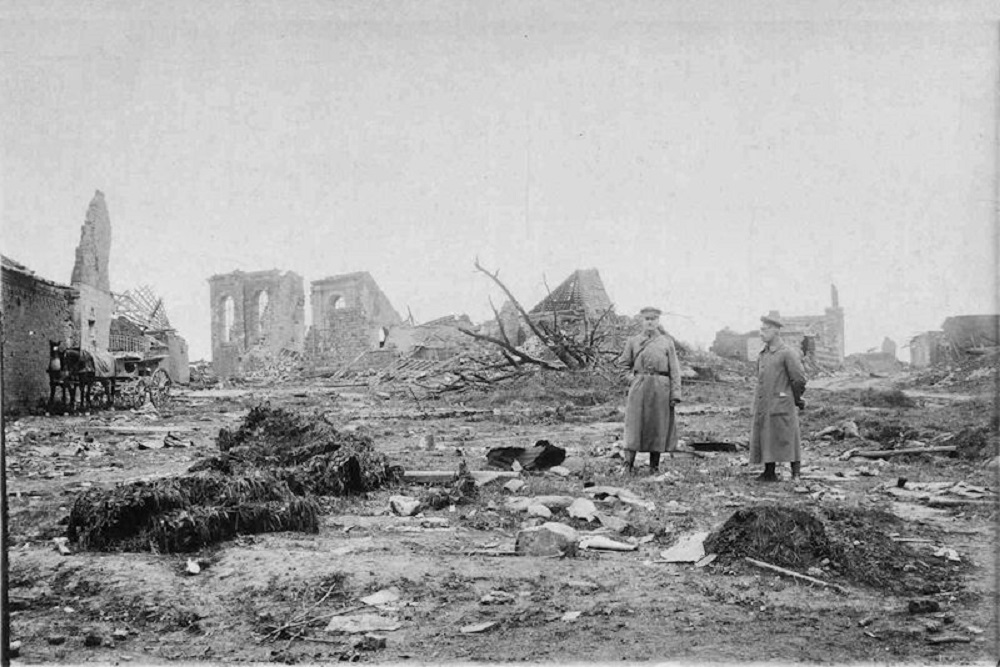 An exhibition devoted to a forgotten chapter in Worcester’s First World War story has returned to Worcester.

Worcester Twinning Association is behind the exhibition at the Tudor House Museum, looking at the friendship between the Faithful City and the French village of Gouzeaucourt, after the latter was devastated during World War One.

The Twinning Association was awarded a grant of £10,000 from the Heritage Lottery Fund (HLF) to research and stage the display, which was first seen at the Guildhall in the summer of 2017.

Coinciding with the centenary of the conflict, the exhibition – which runs until November 21 – tells the story of how Gouzeaucourt was on the front line or occupied for much of the War before the city of Worcester “adopted” the town and helped with its post-war reconstruction.

Twinning Association members visited Gouzeaucourt and the nearby town of Peronne to research the exhibition content first hand. They discovered new information about the Climax wind pump Worcester sent to Gouzeaucourt in order to reinstate the town’s water supply and about the role tanks played in fighting in and around the village.

One tank, disabled during fighting about half way to Cambrai and subsequently buried, has been dug up and is now on display in France.   Tanks at this time were ‘male’ – carrying both machine guns and a cannon – or ‘female’, armed with multiple machine guns.  This one was a ‘female’ – called Deborah. The exhibition includes images and information about Deborah.

Liz Smith, Chairman of Worcester Twinning Association, said: “Worcester played a significant role in helping the battle-scarred town of Gouzeaucourt recover from the horror of World War One.

“The exhibition was seen by around 500 people at the Guildhall in 2017 and many people said they would love to have another chance to view it. We are very pleased that we’re able to give Worcester people a second opportunity to discover this important but largely forgotten story of the Great War at the Tudor House Museum.”

The Tudor House Museum is open on Wednesdays, Thursdays and Saturdays from 10am to 4pm and entry is free. The Gouzeauc ourt exhibition runs until November 21.

Photo caption:The destruction of Gouzeaucourt, shown in a photo taken in 1919.