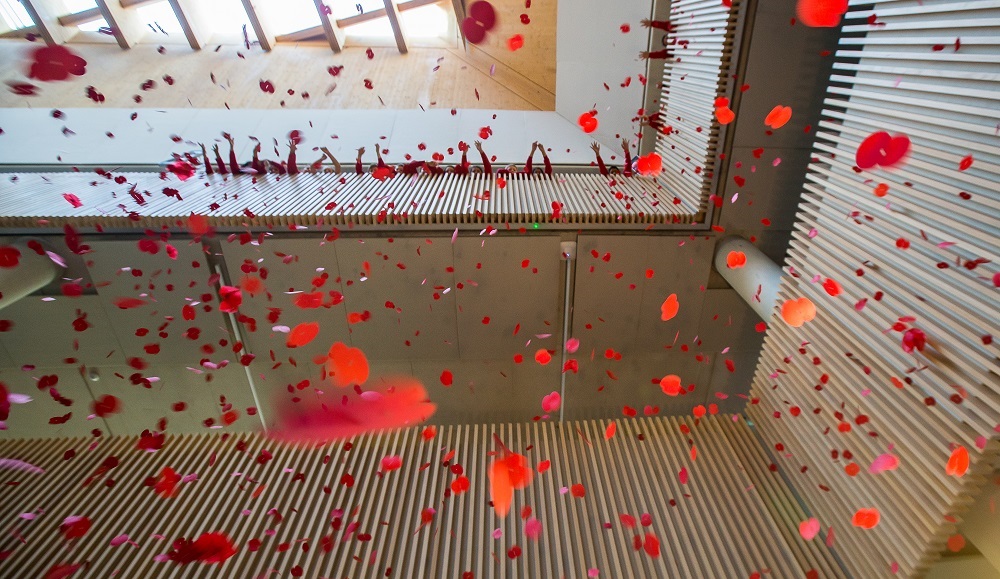 A series of events are planned in Worcester as centenary commemorations for the First World War draw to a close, with Remembrance Sunday set to be particularly poignant.

“This month will give people in Worcester a number of opportunities to remember all those who gave their lives one hundred years ago so we could have the peace and freedom we enjoy today,” said the Mayor of Worcester, Cllr Jabba Riaz.

“The importance of reflecting and learning from these events cannot be over-emphasised. By learning from the mistakes of the past, we will be in a much stronger position to create a better world for tomorrow.”

The People’s Collection, part of the Worcestershire World War One Hundred programme, featuring letters, photographs and objects from across the county, runs from October 30 until November 12 at The Hive.

Remembrance at The Hive, which has free admission, takes place on Friday, November 9, between 10am and 8.30pm. Throughout the day, people can join Discover History and the Worcestershire World War One Hundred Bell Tent in the atrium to find out more about the First World War at Home and at the Front.

At 6pm, members of Dancefest and the Worcestershire Junior Youth Dance Company will give a free performance of When They Come Home. The dance piece explores how the support soldiers gave each other during World War One helped them to get through horrendous and unimaginable times.

At 6.30pm there will be another chance to watch the iconic 1916 film The Battle of the Somme. Although the screening is free, booking is required at www.thehiveworcester.org/.

Drop-in Armistice activities take place, free, at The Hive on Saturday, November 10, from 10am to 4pm.

People can visit the People’s Collection and see the Worcestershire World War One Hundred Bell Tent. During the day they can view the wall of handcrafted poppies, representing Worcestershire men and women who lost their lives in the Great War, and get involved with family activities including making their own poppies.

At 4pm there is another chance to view The Battle of the Ancre and the Advance of The Tanks (1916), a British non-fiction film which documents the autumn and winter stages of the Somme campaign on the Western Front. Book at www.thehiveworcester.org/

The Armistice Remembrance Service and Poppy Drop will take place at Worcester Cathedral on Sunday, November 11.

6am – ‘The Battle’s Over: a Nation’s tribute’ lone piper playing at the Cenotaph.

10am – Remembrance Sunday Service, followed by the wreath-laying service at the war memorial.

11.15am - Procession to the Guildhall where the Lord Lieutenant and the Mayor will take the salute as the Remembrance parade marches past.

noon-4pm – half muffled peal of bells on the harmonic minor for Remembrance Sunday, Armistice and the 100th anniversary of the end of the Great War.

Armistice Activities on Sunday, November 11, from 11am until 4pm, take place at Worcester City Art Gallery & Museum in Foregate Street. Admission is free but people need to book for Harvey’s War Letters by calling 01905 25371. There will be live music, First World War letters and hands-on craft activities, suitable for families.

noon: Performance of Harvey’s War Letters, performed by the Cavan Trio. A programme of music and poetry inspired by letters sent from the trenches by Harvey George Frost (1893-1974).

Quiet Revolution: gentle heroism on the home front, takes place at the Guildhall on Sunday, November 11, at 2.30pm.

On the same day, at 6pm at Fort Royal Park, there are is a Beacons of Light event.

Dancefest performs a poignant piece of dance theatre that highlights how the First World War fundamentally changed the roles of women.

The performances are free, with further details available at www.dancefest.co.uk/performances/quiet-revolution.

The Beacons of Light event runs from 6pm, with beacon lighting at 7pm, at the top of Fort Royal Park. Admission is free.

Poetry readings and performances will be given by Dancefest. Bring a torch if you can.

Ringing out for peace takes place at churches across Worcestershire at 7.05am on  Sunday, November 11.