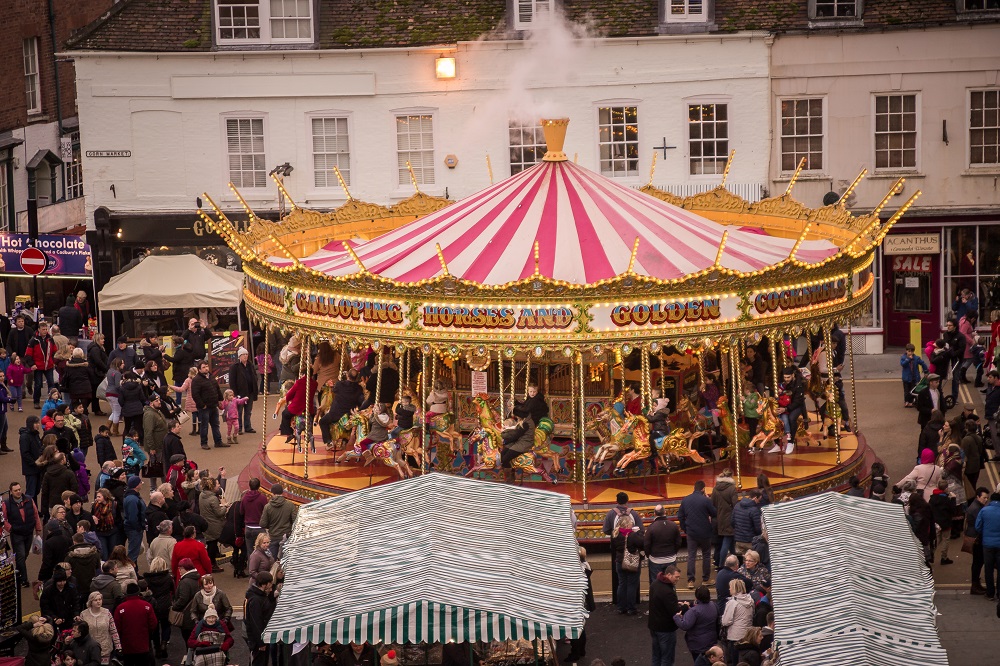 Worcester’s traditional Victorian Christmas Fayre returns this week, with almost 200 stalls throughout the city centre’s streets for the four-day event.

Now in its 26th year, the seasonal fayre runs from Thursday, November 29 until Sunday, December 2.

It regularly attracts more than 100,000 people over the four days, contributing an estimated £7million to the local economy each year.

“The Victorian Fayre is one of the highlights on Worcester’s annual calendar, attracting visitors from across the UK and an eclectic mix of traders who offer unique and enticing produce,” said Worcester Mayor Jabba Riaz.

“Many of the items sold on the stalls have been made locally.You’re bound to pick up some great Christmas gifts and there’s lots of fun street entertainment too, so come on down.”

Among products on sale at the street market will be crafts, festive gifts and speciality foods.

There will be Victorian characters in Gin Lane, lofty entertainers on stilts, children carol singing on stages and buskers.

Traditional roast chestnuts and mulled wine will be available and visitors can ride the carousel in the Cornmarket.

The event will be officially opened by the Mayor on Thursday evening, when officials and Cathedral choristers will process down the High Street at 5.15pm, arriving at the Cornmarket for 5.30pm.

Carols will be sung by the Worcester Cathedral Voluntary Choir accompanied by the Salvation Army and there will be a short biblical reading and prayer.  The opening ceremony will finish shortly after 6pm.

There will be live music throughout fayre and people will be able to step back in time by exploring a Victorian slum and entering the dark world of “Gin Lane”, a Victorian alleyway with its debauched inhabitants.

Gin Lane will be between New Street and The Shambles on Friday from 5pm until 9pm and Saturday from 3pm to 7pm.

Lofty walkabout entertainers will be entertaining people during all four days of the event.