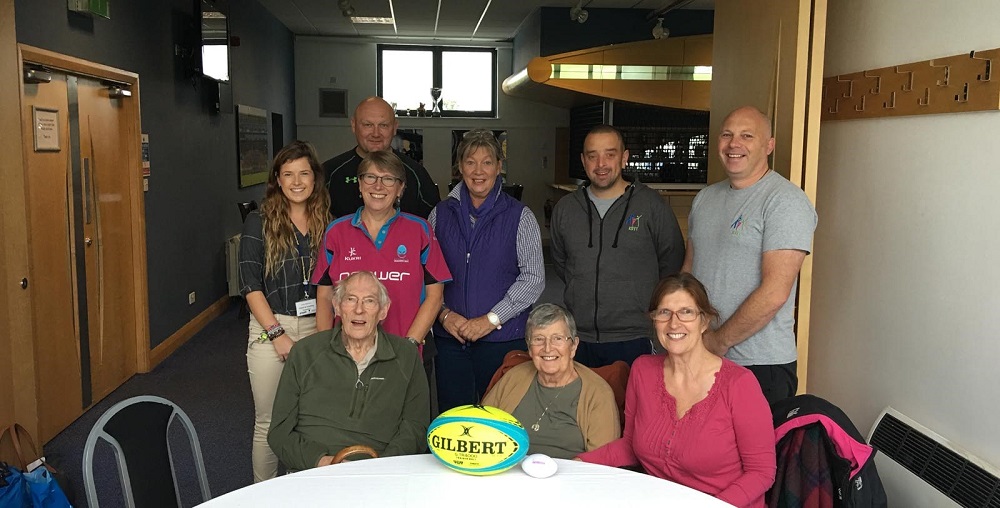 Worcester Warriors' efforts to make their Sixways home dementia friendly have been recognised in the club’s shortlisting for a national award.

The Warriors Community Foundation has been nominated in Dementia Friendly Organisation of the Year – Small and Medium category in the Dementia Awards.

Worcester city Labour councillor Lynn Denham put the club’s name forward after being impressed by its pioneering work in dementia, introduced in January 2017.

In February 2017 it delivered  sessions to staff and stewards before the Alzheimer’s Society and people living dementia were welcomed as guests to the home fixture against Saracens.

The first anniversary of the Safe Place was recently followed by a similar landmark for the Tackling Dementia Sports Café at Sixways, which provides a friendly and sociable weekly meeting place for those living well with dementia, their families and carers.

Warriors now have more than 130 dementia friends, including staff and Young Ambassadors, with first team lock Darren Barry acting as an ambassador for Tackling Dementia.

Mr Northcott said: “The ethos of the group has continued to be true to itself throughout the last year, meaning people have the chance to relax, have fun, play sport or even construction.

“Every activity is there to encourage and stimulate cognitive processing and increase physical activity, with participants encouraged to take the lead where appropriate.

“Tackling Dementia encourages all sorts of stimuli, including Pets as Therapy dogs. These are in attendance most weeks and always prove popular with our group and is a completely free service.”

Warriors face competition from The Phoenix Cinema in East Finchley and Places for People Leisure Ltd at the Ripley and Heanor Leisure Centres in Derbyshire in their award category, with the winners to be revealed during a ceremony at The Royal Horseguards in London on Thursday, November 22.