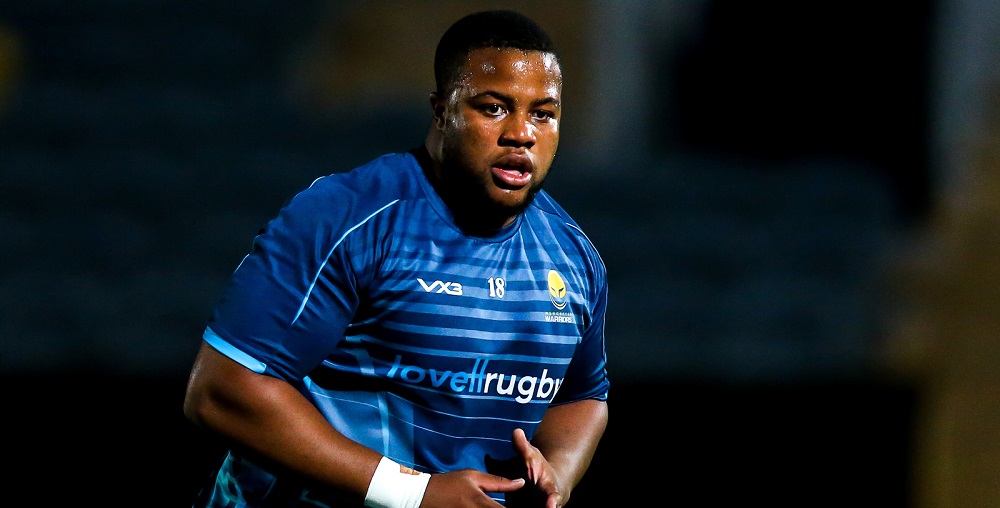 Worcester Warriors will give tighthead prop Farai Mudariki his debut in a team featuring another four internationals when they take on Sales Sharks in the Premiership Rugby Cup at Sixways tomorrow (Friday, October 26).

Zimbabwe’s Mudariki was signed from French club Stado Tarbes during the summer. He has played for the Cavaliers in the Premiership Rugby Shield and was involved in the Warriors matchday squad as a travelling reserve for the recent European Challenge Cup match against Stade Francais in Paris.

With Nick Schonert away on an England training camp in Portugal, Mudariki, has been named in the starting XV for the visit of Sale in the first match to be played in the new competition, which has replaced the Anglo Welsh Cup.

Internationals Francois Hougaard, scrum-half, and Francois Venter, centre, both of South Africa, and fly-half Duncan Weir, Scotland, and wing Josh Adams, Wales, are in Warriors’ back division as game time is given to players rested for the European victories over Stade Francais and Ospreys.

Ten of the side named for Sale’s visit started in Warriors’ last Gallagher Premiership match against Bristol three weeks ago.

Jamie Shillcock, who started at fly-half against Ospreys, switches to full-back in place of Chris Pennell, Ollie Lawrence partners Venter in the centre, Pierce Phillips renews a second row pairing with Anton Bresler and Matt Cox will start at blindside in place of Ted Hill, who is also in Portugal with Schonert and centre Ben Te’o.

Loosehead prop Ryan Bower returns to the squad as a replacement with South Africa international centre Wynand Olivier also named on the bench.

Tickets for Warriors v Sale Sharks in the Premiership Rugby Cup can be purchased online or by visiting the Warriors Ticket Office.