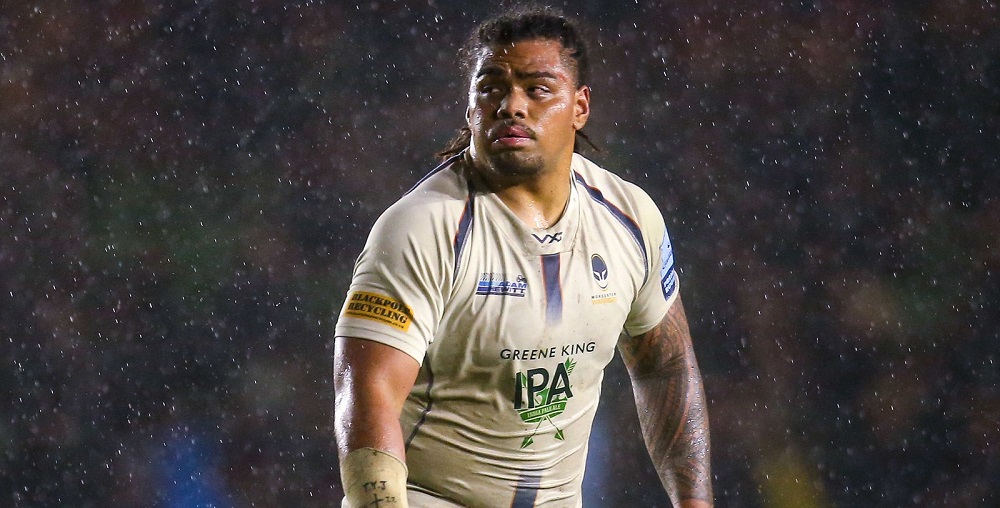 Taufete’e, 27, has so far made 46 appearances and scored six tries for Warriors since he arrived at Sixways from San Diego Breakers in October, 2016.

During his time with Warriors Taufete’e has become one of the USA Eagles’ leading players and an international rugby record breaker.

When he crossed for a hat-trick of tries against Uruguay in Seattle last March, Taufete’e broke Keith Wood’s record for most tries by a front row forward – 15 – in international rugby. Taufete’e claimed the record in only his 21st international appearance.

Taufete’e’s achievement was recognised by World Rugby, which shortlisted him for its Men’s 15s Player of the Year last year.

Taufete’e, a convert from American Football, made his international debut in the 2015 Rugby World Cup and played in all four of United States’ four group matches in last year’s tournament in Japan.

Having become an integral and popular member of the squad at Sixways, Taufete’e will join Lyon with the club’s best wishes.

“Joe has been an integral part of Warriors for some years and the contribution he has made is greatly valued and appreciated,” said Warriors’ director of rugby, Alan Solomons.

“Joe is not only a first-class rugby player but an outstanding bloke and team man, who will always be welcome here at Sixways.

“From a personal point of view, it has been a pleasure to work with Joe. We wish him all the best in his new venture.”