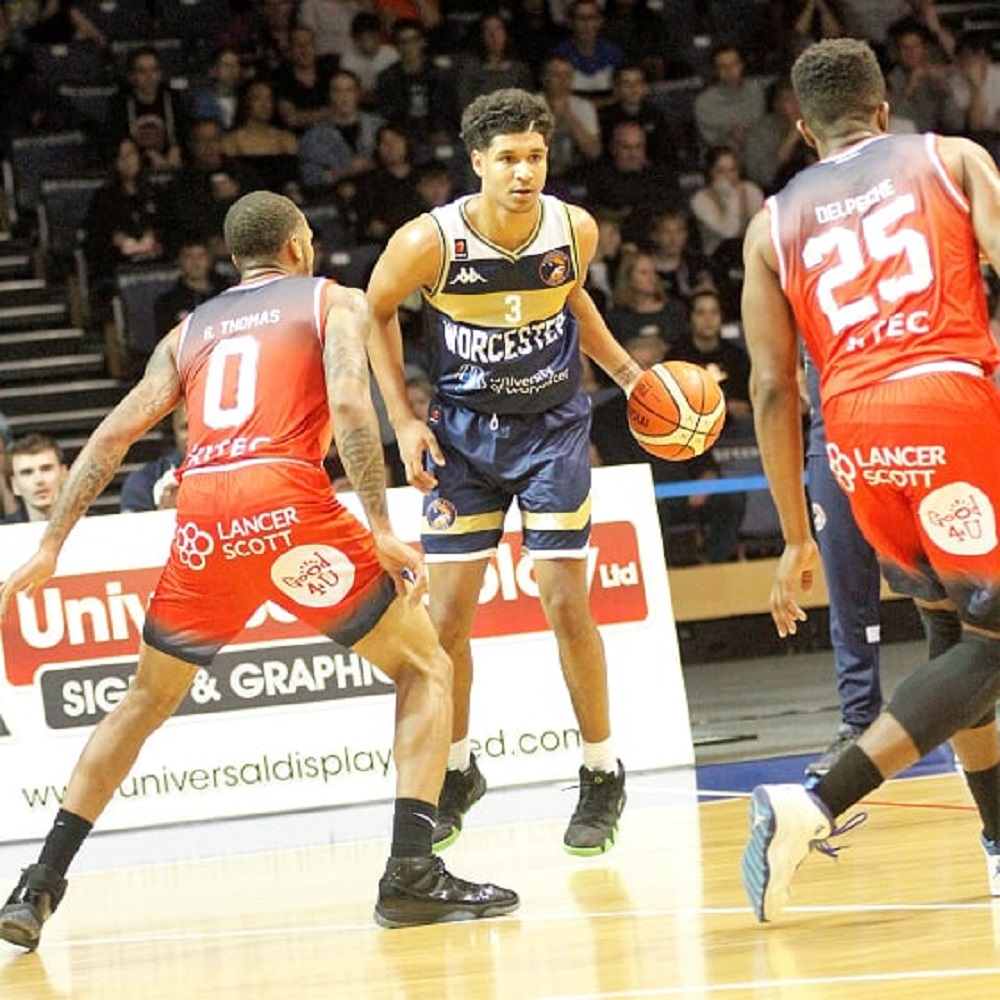 Worcester Wolves fought off a ferocious Bristol Flyers comeback to finally emerge victorious from a double-overtime thriller, rewarding a large turnout of fans at a flood-surrounded University of Worcester Arena on Friday.

Wolves looked to be coasting to a straightforward win with a 53-37 second-half lead before Bristol rose from the floor to force a 70-70 tie and extra time.

The visitors’ resurgence carried them 79-75 ahead with just 18 seconds to go until late buckets from Worcester’s American pairing of Mark Hughes and Cortez Edwards dragged the match into a second overtime period at 80-80.

The decisive point came in the last couple of minutes when Wolves captain Maarten Bouwknecht was bundled to the ground as he drove to the basket, resulting in an unsportsmanlike foul called against Flyers. Two made free-throws and retaining possession put the hosts 85-82 to the good.

With a half-minute left Hughes sank a dagger three-pointer to establish daylight. Bristol quickly replied in kind but, despite a series of frantic scrambles as players wilted from exhaustion, could not get a further shot to connect, leaving Worcester to celebrate an 88-85 success.

The home side moved in front for the first time in the evening at 7-6 when Jordan Williams backed down a defender in his by-now-traditional fashion.

Hughes and Bouwknecht were on target from distance while Amar Williams and Julius Van Sauers got into a groove close to the hoop, establishing a 28-15 first-quarter cushion.

Edwards delighted spectators with an alley-oop throwdown from a crafty Bouwknecht assist as Wolves maximised their second-half advantage.

A spell of careless ball-handling reduced the lead to 58-51 entering the fourth-quarter. A slowing in Worcester’s attacks encouraged Bristol.

Referees contributed to the Flyers’ fightback when they adjudged Hughes to have ‘flopped’ in defence, penalising him with a technical foul, and moments later whistled him for an offensive charge at the other end of the court.

Wolves set out on a marathon northern trip next weekend for a doubleheader of action.

On Friday, March 6, at 7.30pm, they visit Newcastle Eagles, the team they share third place with in the British Basketball League. From there they travel to Glasgow Rocks on Sunday, March 8, at 5pm.

The next match at the University of Worcester Arena will be the visit of Sheffield Sharks on Friday, March 13.