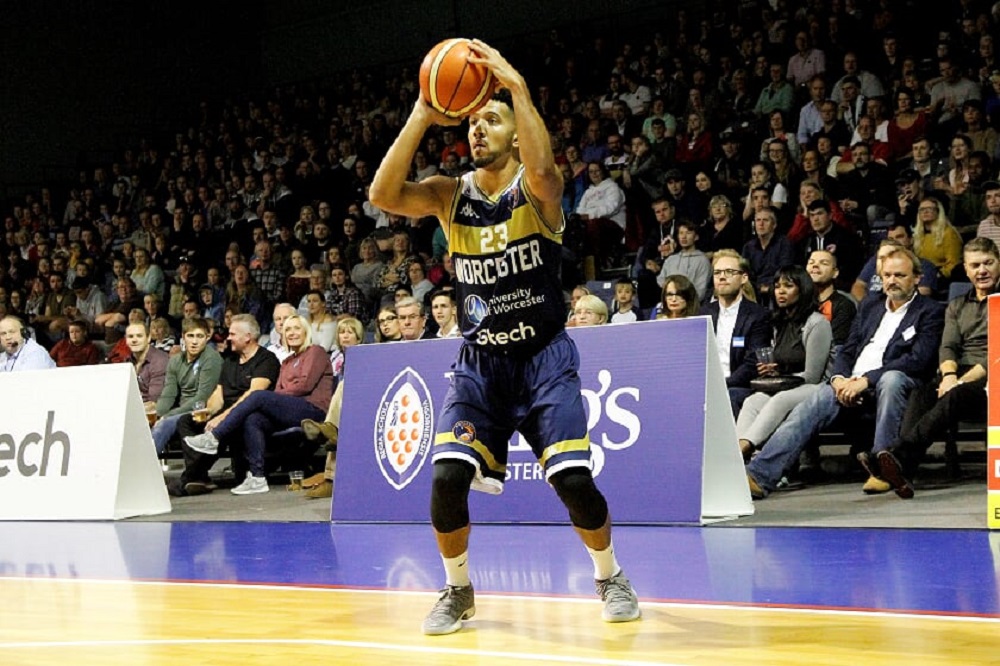 Worcester Wolves suffered their second defeat of the weekend, losing 86-99 at Surrey Scorchers on Sunday.

Although managing to greatly step up their rebounding, giving up just five offensive boards versus 19 in Friday’s loss to Manchester, Wolves were still unable to  deter repeated fast break drives to the basket by their opponent.

A promising 24-18 first-quarter lead for the visitors had evaporated by half-time. Surrey built a double-digit cushion by early in the second half and from there were able to comfortably parry any Worcester fightback.

Scorchers opened the afternoon with a 7-0 run before early spark from Darell Combs turned things around. Seven personal points edged Wolves 13-12 in front and the advantage widened to 23-18 when Combs drew defenders to him before swinging a pass for Jordan Whelan to convert.

The second quarter featured the hot hand of former Worcester man Caylin Raftopoulos as he sank a trio of three-pointers to regain a 31-30 lead for his team.

With just four seconds remaining in the first-half Surrey’s lead had increased to 48-43. Wolves called a time-out to draw up a final play but instead fumbled the inbound of the ball, allowing an easy lay-in for Scorchers’ guard Quincy Taylor.

Terrel Martin-Garcia defied making only his second appearance in Wolves’ colours to  punch home a series of third-quarter scores both from close to the hoop and from long-distance but it was not enough to draw back Surrey’s lead.

The final period began with the hosts in control at 75-65. Worcester captain Adam Thoseby fought to set an example for his teammates with several successful sweeps to the basket but Scorchers were able to reply in kind and sustain their hold on the contest.

Thoseby led the scoring with 21 points, followed by Combs on 16 and Martin-Garcia with 14. Whelan produced a double-double of statistics with 13 points and 10 rebounds.

Wolves will be on the road again next Sunday, October 28, traveling to Scotland to meet Glasgow Rocks, at 5pm.