Worcestershire roads set to be kept clear through grit 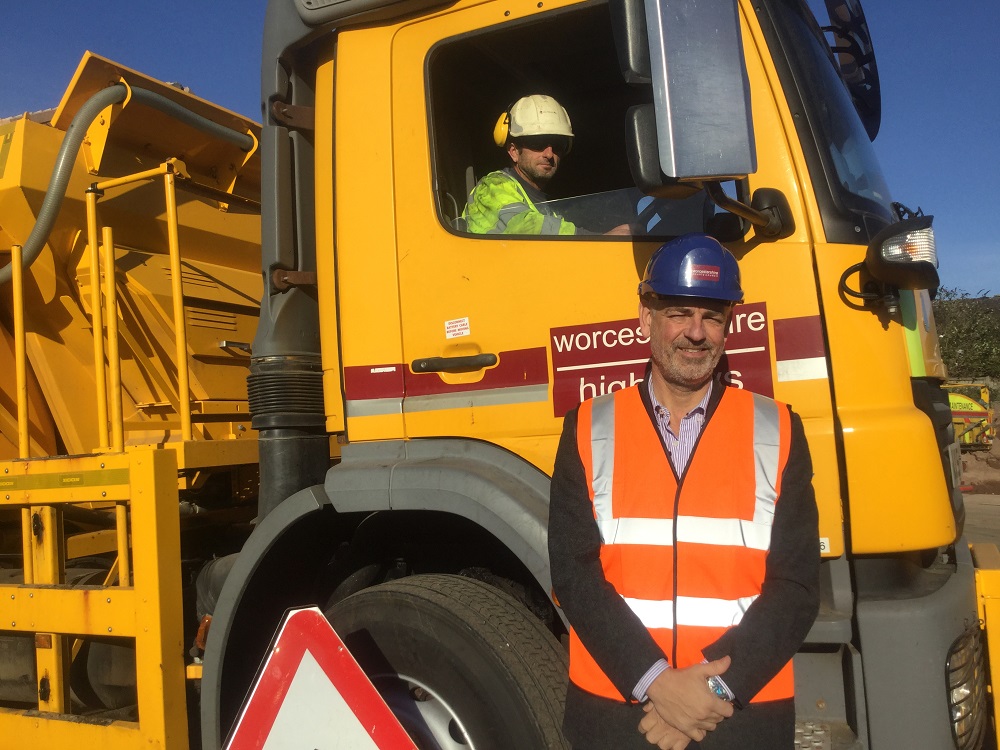 Worcestershire County Council's gritting teams are ready for another winter.

In preparation for the colder months, the council's six highways depots have been stocked up with more than 14,000 tonnes of rock salt to be spread on the roads when the temperature gauge drops below zero.

Jon Fraser, of the council's highways team, said: "Although the teams have been on standby for about a week, we haven't been needed yet. We are ready to roll for another season as soon as it gets colder and we think you'll start to feel it getting a little bit colder soon.

"Our teams do a fantastic job, going out at all hours to keep people moving but gritting is not a miracle cure.

“Even if a road has been treated, it may not be safe to travel at normal speeds, so we ask people to take care and bear with us while our gritting teams are out and about."

The 30 gritting lorries are equipped with brine to mix with the salt when temperatures drop even lower to help keep the roads safe and open to traffic.

Snow ploughs are fitted to the gritters with a rubber blade to clear the road of snow while protecting manhole covers and cats’ eyes on the surface of the road.

During a typical run, the gritting team will clock up around 1,500 miles of designated roads.

To find out if the teams are going out, residents, businesses and other road users can get the latest information through the county council's travel Twitter account @WorcsTravel.

It has recently gone into Gritter Twitter mode, where the day's information about travel, weather and road conditions is given out first.

There is other information on the gritting operations, included interactive maps showing designated routes, which residents can use to pinpoint the location of their nearest grit bin, on www.worcestershire.gov.uk/gritting.

People are also being encouraged to report any issues on the roads or with the grit bins via www.worcestershire.gov.uk/reportit.